Transfer from Naples to Caserta with stop at Royal Palace 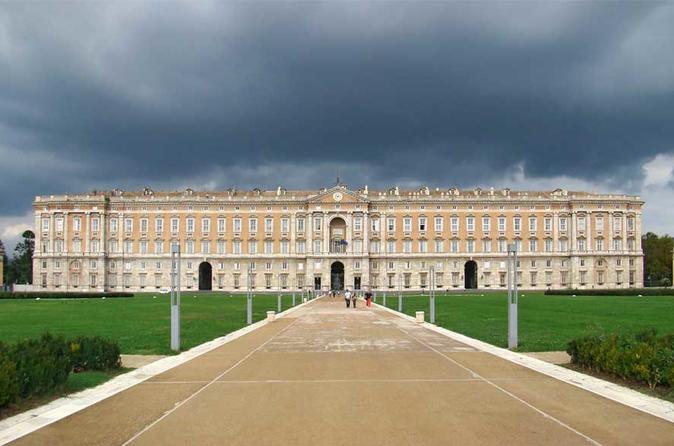 his drop-off service is suitable for transfer from/to Naples airport or railway station to Sorrento, Positano, Praiano, Amalfi, Ravello or the other towns on the Amalfi Coast.
from Naples to Caserta with stop in Royal Palace ( Reggia )

The Royal Palace of Caserta is a former royal residence in Caserta, southern Italy, constructed for the Bourbon kings of Naples. It is one of the largest palaces erected in Europe during the 18th century. In 1997, the palace was designated a UNESCO World Heritage Site; its nomination described it as "the swan song of the spectacular art of the Baroque, from which it adopted all the features needed to create the illusions of multi directional space"If interested, we can arrange a 3hour private guided tour for an additional cost of 180 euros.

Drop-off service can also be arranged from the Naples seaport to one of these towns.
Car service includes an English-speaking driver from/to airport, railway station, or seaport in Naples. You can choose this service to reach your hotel/accommodation on the Amalfi Coast or the railway/airport for your departure from Naples center city. The fees indicated are for a single, one-way trip (round-trip prices upon request).
Fee includes tolls and fuel, and is all-inclusive. You will be contacted to confirm location details (hotel name, street address, etc).